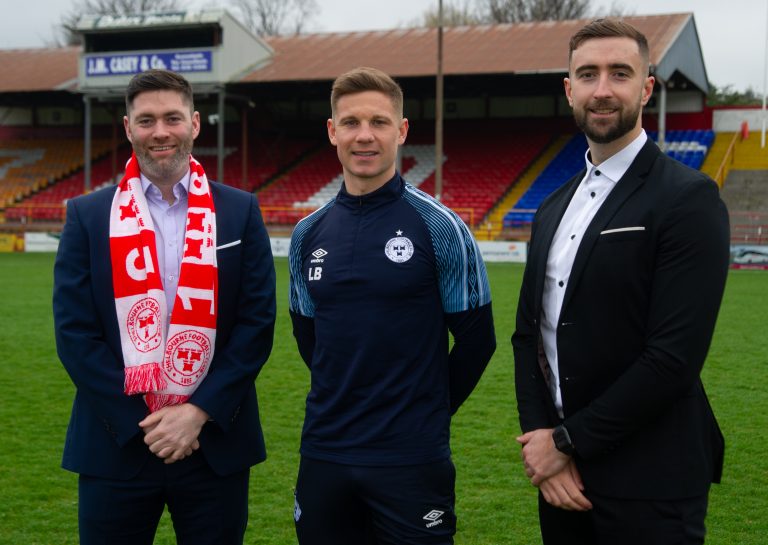 EIDA Solutions are delighted to announce that they are a new Official Partner of Shelbourne FC for 2022.

“We are thrilled to be partnering with EIDA Solutions,” said Keith McDarby, Commercial Director at Shelbourne FC. “EIDA is a company that leads by example in their field and we’re excited to work together for the season ahead. We share the same beliefs and values and the partnership is a brilliant one for the Club. I would like to thank Dan and all of the team at EIDA Solutions for their support.”

EIDA is a company that leads by example in their field and we’re excited to work together for the season ahead.

Dan McAlister, Co-Founder and CEO at EIDA Solutions, is proud to be supporting the Shelbourne team. “We are very excited to be partnering with Shelbourne F.C. and are delighted to see the club return to the Premier Division,” he said. “We look forward to following the club’s success on and off the pitch for the 2022 season. Everyone at EIDA Solutions cannot wait to get to Tolka Park as partners, and fans of the club, to support Damien and the team.”

Founded in 1895, Shelbourne Football Club is a leading professional football club based in North Dublin. Shels, as it is commonly referred to, has won 13 League of Ireland titles along with 10 national cups, two Women’s National League and one FAI Women’s Cup. The Tolka Park side compete in both the SSE Airtricity League Premier Division and FAI Women’s National League and has a thriving Academy based at the Athletic Union League in North Dublin with over 400 boys and girls.

Previous Next See All Resources

Please complete this form, and one of our senior consultants will be in touch to arrange a Demonstration & Discovery call at a time convenient for you.

Learn more about our data protection and privacy policies.

Find out how EIDA can bring more structure and flow to your projects, reducing risk and increasing quality. Talk to a senior consultant today.